The APLU is delighted to announce that the 2019 ASPAC Championship shall return to Korea, host of the very successful 2017 ASPAC Championship. In KLA’s proposal to the APLU the KLA Chairman, Henry Dong Hyuk Cho stated “I am certain every participant left with great memories of their time in Seogwipo.  The camaraderie between the players, referees, umpires, volunteers, fans and supporters was tangible.”  This is indeed true and there is no doubt that the Asia Pacific Lacrosse world will look forward to returning to this beautiful part of the region. 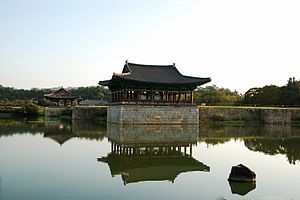 This Championship shall be held from 20 (check-in) to 30 June (check-out) in Gyeongju, once the capital of the first unified kingdom of the Korean Peninsula. These dates however are subject to change according to the number of teams participating.

Rules for competition will be as per the FIL rules for men and women, and it is anticipated that there will be 16 teams competing, making it the largest ASPAC Championship ever conducted.

Further information to be posted soon by both the KLA and the APLU.